You may have come across this story, the content of which I found deeply shocking, even horrifying, although unsurprising in view of my studies and travels there.
https://www.theguardian.com/world/2021/apr/27/two-women-tortured-in-latest-sorcery-related-attack-in-papua-new-guinea

And I was shocked to read of the rape on KarKar Island (April 21st 2013 ) The following describes the horror:


It seems Papua New Guinea has become very dangerous indeed. I must say I really did not find that at all - quite the opposite in the Island Provinces but then I travelled there eighteen years ago. But the Island Provinces are not the Highlands. PNG is an enormous place.
In my book Beyond the Coral Sea: Travels in the Old Empires of the South-West Pacific (London 2003 - and still in print) I seriously, rather than sensationally, examine in great detail the fascinating subject of witchcraft and sorcery in Papua New Guinea. Such beliefs still live strongly in many hearts despite the predominantly fervent Christian society that prevails. Often both beliefs are held in tandem by certain individuals.
I am sure the media reports are accurate but by their very nature unfortunately give a greatly distorted and myopic view of the country as a whole. It is a picture greatly at variance with  the majority of warm, hospitable and friendly Papua New Guineans I met on my extensive travels. Melanesian culture is one of the most ancient and most harmonious on the planet. The island provinces are superb in their untouched beauty.
PNG is an enormous place and cannot possibly be considered as culturally homogeneous. That is the problem. An inappropriate Westminster style of government has been grafted upon a culture made up of a huge number of significantly different tribal groups lumped together in a governable, utilitarian blanket concept known as 'Papua New Guinea'. 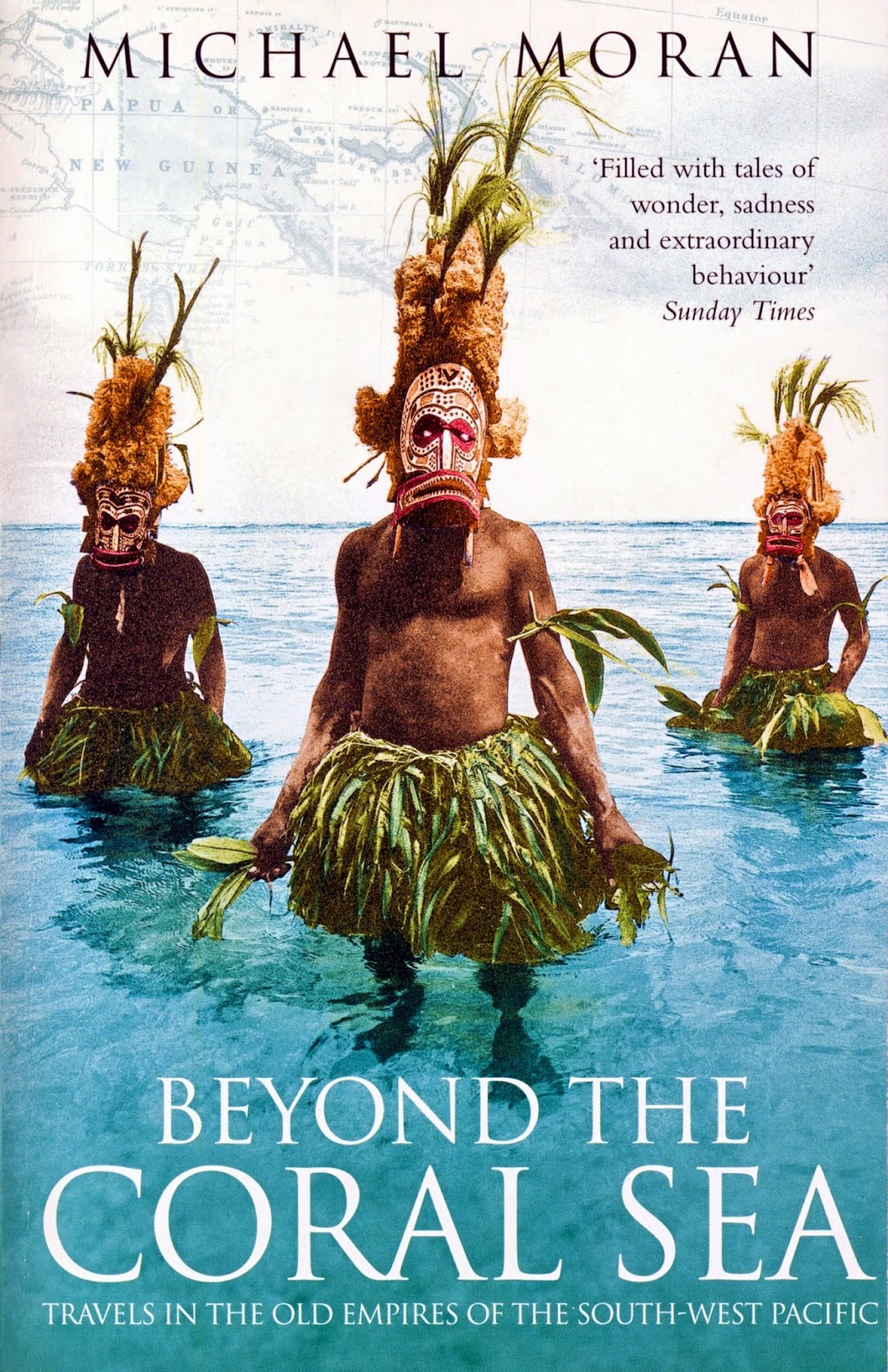 In my book Beyond the Coral Sea: Travels in the Old Empires of the South-West Pacific (London 2003 - and still in print) I seriously, rather than sensationally, examine in great detail the fascinating country and island cultures of Papua New Guinea.
I wrote this book specifically about the rarely described Island Provinces of Papua New Guinea (as opposed to the Highlands). I was so proud the book was short-listed for the 25th and final Thomas Cook Travel Book Award.
The great Polish travel journalist and humanist Ryszard Kapuściński had planned to visit these provinces shortly before he died.

http://www.michael-moran.net/pages/books/beyond_the_coral_sea/index.htm
Reviews
of
Beyond the Coral Sea: Travels in the Old Empires of the South-West Pacific
(London 2003 HarperCollins, Flamingo 2004)
http://www.michael-moran.net/pages/books/beyond_the_coral_sea/reviews.htm
If you are at all interested in a more balanced view of this extraordinarily culturally diverse and beautiful place, please do not make severely negative general conclusions concerning the country from what you read in today's press, appalling as these events appear to be.
For my Polish readers the book has been translated into Polish with the title Za Morzem Koralowym (PIW) and is available at the Bookshop of the Muzeum Azji i Pacyficu in Warsaw, Allegro and direct from me if you email me. 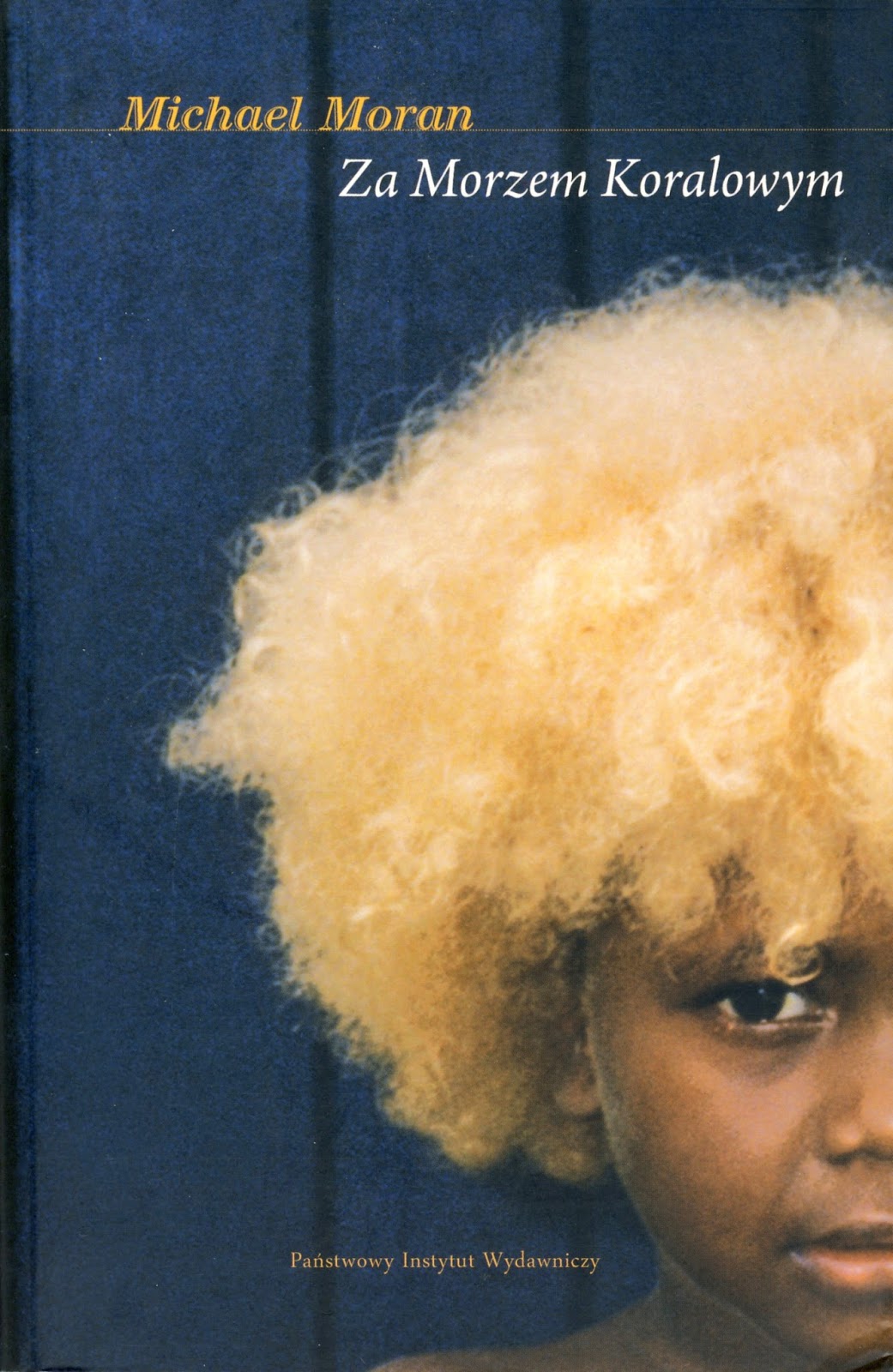 Teraz dostępna tylko od autora
Email: mjcmoran@wp.pl
I wrote this book specifically about the rarely described Island Provinces of Papua New Guinea (as opposed to the Highlands). I was so proud the book was short-listed for the 25th and final Thomas Cook Travel Book Award in 2004.

The demise of this prize is a great and unremarked loss to the world of travel writing. It made some attempt to maintain high literary standards in this peculiarly English  genre. Now we swim in a welter of mediocre travel writing (with a very few notable exceptions). Publishers steer well clear of travel authors today. Anything trivial, 'quirky', egocentric or on a motorcycle (or all four) is in vogue with little or no serious, detailed cultural or historical input concerning the vast areas travelled and the people who have inhabited them for hundreds of years.