Royal Warrant for David Winston of the Period Piano Company 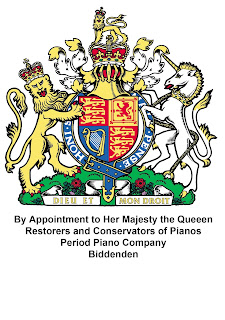 I was particularly chuffed to learn that David Winston of the Period Piano Company in Biddenden in Kent has finally been given some of the recognition as a piano restorer he so richly deserves. When concerts on original instruments are advertised the performer and instrument, perhaps also its provenance, are mentioned in glowing terms but never the restorer whose musical philosophy and painstaking work have brought the soul of the instrument from deep sleep to living inspiration.

I first met David at the quite remarkable Chopin Forum at the Royal Festival Hall in London in October 1999 held in honour of the 150th anniversary of the composer's death (17 October 1849). Some of the greatest Chopin pianists and Chopin scholars of our day discussed and played his music on Pleyel and Erard instruments supplied by David and explored Chopin's particular and unique sound world.

This was the first time I was ravished by the sound of a Pleyel and I have never forgotten it. I determined to buy one. It took over ten years to accomplish this and a move to Chopin's native land of Poland.

If you have read my blog or my book on Poland you know David Winston restored my Pleyel pianino. This has shed remarkable light on the performance of the music of Fryderyk Chopin (particularly from the Polish National Edition of his work edited by Jan Ekier) and has simply been a musical revelation for me.
Bellini, Mme. Sand, Delacroix, the cellist Auguste Franchomme, and Balzac's Polish mistress later wife Mme. Hanska all owned these superb pianino instruments. This is the type of instrument he had sent to Valdemossa. Of course one cannot build a concert career on such an instrument but one can learn something of the intimacy that Chopin, unlike Liszt, strove to achieve in performance 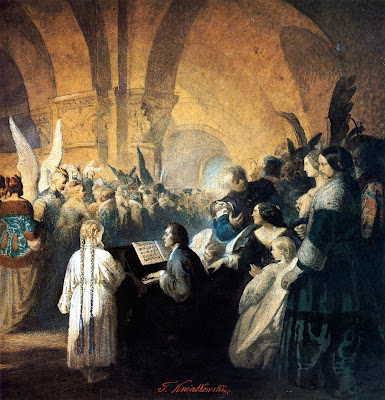 This is a detail from the famous picture Chopin's Polonaise - A Ball at the Hotel Lambert in Paris by Teofil Kwiatkowski now in the National Museum Poznan. This palace (the Hotel Lambert) was the Parisian home of the Polish magnate Prince Adam Jerzy Czartoryski and a centre for the volatile discussions of the 'Polish question' in the mid nineteenth century. There was an annual Polish Ball and Chopin is seen playing a small Pleyel instrument when the artist could easily have depicted him seated at a far grander instrument. These instruments were not played against a wall as uprights are today but wheeled into the open area of a drawing room thus freeing their marvellous sound. They were customarily equipped with ormolu handles on either side of the case and castors for the purpose. 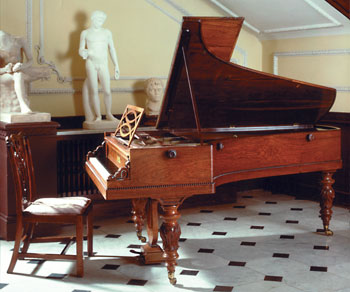 David Winston restored the 1848 Pleyel Grand Piano now in the magnificent Alec Cobbe Collection of keyboard instruments at Hatchlands Park, the National Trust property close to London. This was the instrument that Chopin played during his London concerts, when Queen Victoria wrote in her diary simply 'a pianist played.'  David also restored the Broadwood Grand piano owned by Beethoven now in the Hungarian National Museum Budapest.

I believe he received the Royal Warrant for his fine restoration of the Queen's Erard  originally commissioned by Queen Victoria.

I really recommend you visit his website if you are the slightest bit interested in early keyboard instruments. The site is a virtual keyboard museum in itself and has  a large and magnificent collection of historically fascinating instruments illustrated. You can also listen to the sound of these instruments on the site.

He also builds his own copies of original instruments which are fabricated by him with supreme artistry - both the sound and the pricless casework. They are much sought after by the true cognescenti.

The gift of God for a piano builder and restorer is the ability to actually create or recreate the sound he imagines in his inner ear in wood, wire, brass and felt. David possesses this gift in abundance. A true artist.