February 18, 2018
There is a strange kind of human being in whom there is an eternal struggle between body and soul, animal and god, for dominance. In all great men this mixture is striking, and in none more so than in Wolfgang Amadeus Mozart.   (Alfred Einstein)

I feel this passage not only describes the psyche of Mozart but also the character of the subject of his final opera, the Roman Emperor Titus Flāvius Caesar Vespasiānus Augustus popularly known as Titus (39 - 81 AD). The characteristic two faces of Janus preside over the dual nature of the psychological conflict within the emperor's life, that of war and peace, punishment and clemency. Yes, certainly he assisted the victims of the eruption of Vesuvius in 79 AD which destroyed Pompeii and Herculaneum and a fierce fire in Rome in 80 AD. However historically Titus seems rather schizoid, not only capable of  laudable clemency but also of insane vengeful savagery as in the Siege of Jerusalem in 70 AD. The city was utterly destroyed, burned, sacked and its hundreds of thousands of inhabitants murdered, raped, some even crucified, their animals slaughtered. He is no hero of clemency in Israel among the Jewish people.

Was it the schizophrenic nature of the emperor's character that attracted Mozart to the plot as originally written by Metastasio but rendered a 'real opera' by Signor Mazzolà, court poet to the Elector of Saxony? Or was it primarily simply another dramatic investigation of the complex nature of love by Mozart. We shall never really know...perhaps both.

In the summer of his last year on this earth Mozart received a final commission. He was invited to write a festive ceremonial opera for the coronation of Leopold II as King of Bohemia (incidentally also known by the nickname 'Tytus'). Initially the Metastasio stipulated libretto of 1734 was unsuccessful. In fact the Empress referred to the opera as una porcheria tedesca (German nonsense) however it achieved later success after transformation by Signor Mazzolà for which Mozart was eternally grateful. Three acts were reduced to two, new tuneful arias written and the lengthy dull recitatives shortened. He also incorporated the spectacular burning of the Capitol. The opera was required in something like a month which was quite a pressure as Mozart was composing the Requiem and Die Zauberflöte at the same time. However no composition appeared to suffer as the quill pen of genius flew across the pages.

I am unable to agree with the great Alfred Einstein in his book  Mozart: His Character; His Work (London 1946) that the characters are 'mere puppets' although there is an almost inescapable static quality to the original staging determined by the libretto. Unless the producer is highly imaginative with a significant budget to support the scenography of ancient Rome, another solution must be found. The scenography in the original production I saw in the Mozart festival of the early 1990s under the artistic direction of Stefan Sutkowski and a scenographer Andrzej Sadowski, only used two monumental white columns of the Tuscan Order to symbolize ancient Rome. Here the minimalist black panel background, divided into sections, laid a great deal of the visual responsibility onto the cast, dancers, chorus and costumes.

In this production directed by Marek Weiss, one answer to the minimalist creative dilemma posed was to direct the opera almost as a variety of 'opera ballet' with a great deal of choreographed movement by additional dancers (The alluring White Dance Theatre) not included in the original eighteenth century conception. This imaginative rather 'avant-garde' solution met with mixed success to my mind and rather distracted me from the intense emotional drama portrayed in Mozart's music and operatic acting. This was especially obvious when the dancers interacted 'meaningfully' with the characters. Sometimes the meaning escaped me completely and I remained confused. On others the significance was perfectly clear (the scene where Titus is bathed half naked in typical 'Roman Emperor style' by a bevy of  scantily clothed, beautiful young female dancers).

I loved the vocal cohesion and fine intonation of the vocal ensemble of the Warsaw Chamber Opera under their director Krzysztof Kusiel-Moroz, especially during the passionate outburst during the firing of the Capitol. The Musicae Antiquae Collegium Varsoviense under the distinguished conductor Friedrich Haider gave a fine account of this so very 'classical 'Mozart score. The famous and popular Overture to this ceremonial production was finely done, uptempo, emphasizing the refined and energetic elements of great 'pomp and circumstance' as befits a coronation. Violetta Łabanov provided her customarily elegant fortepiano accompaniment to the sometimes rather dry recitatives.

Tito Vespasian, sung by the agile tenor Aleksander Kunach, certainly bore a facial resemblance to a sculpture of the Roman Emperor. However I felt the potential for evil and brutality hidden within the mask of clemency he wore was not sufficiently ambiguous and whimsically cavalier in his portrayal of this role. Far too benign an individual as Roman emperors go, despite Tito being deified by the Roman Senate on his death as an exemplary emperor, an emperor greatly deserving of praise compared to the extreme behavior of tyrannical others.

His relationship with Berenice has inspired many writers and artists over the centuries. The Roman historian Suetonius wrote he 'was the delight and darling of the human race; such surpassing ability had he, by nature, art, or good fortune, to win the affections of all men, and that, too, which is no easy task, while he was emperor.'  Other less generous, perhaps more realistic historians, felt he did not have enough time as ruler (a mere two years) to reveal his true character.


Let one sweet look at least
be the reward for my devotion! 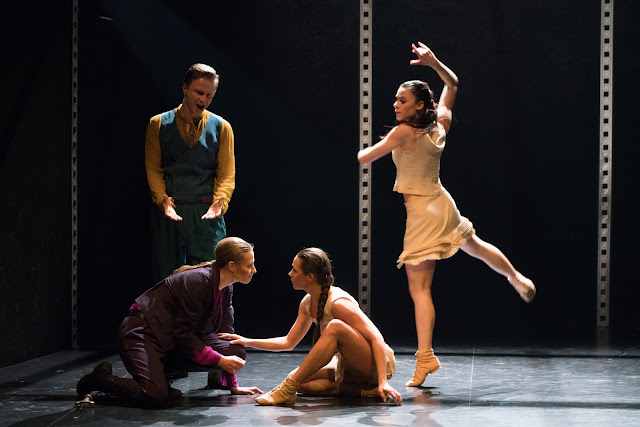 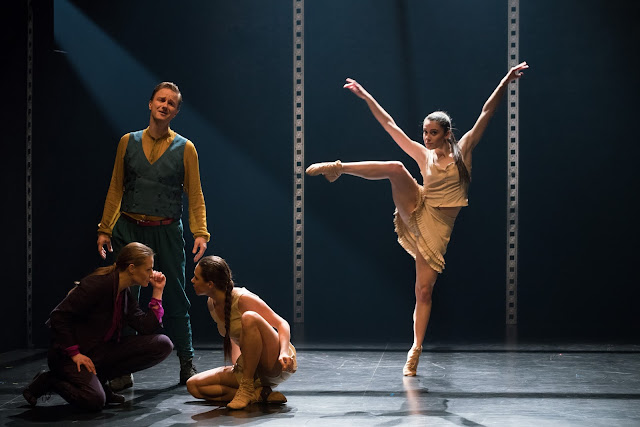 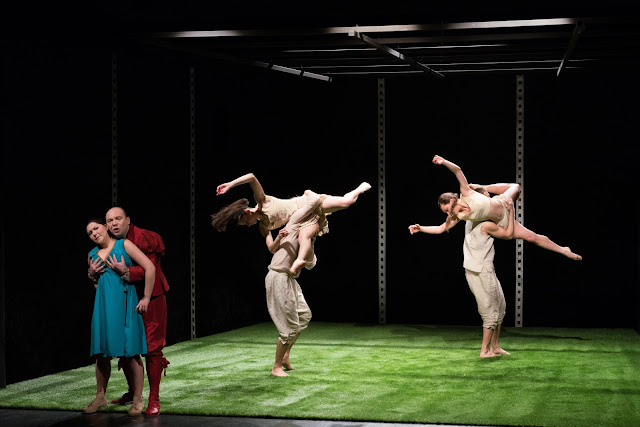 He who blindly believes
obliges one to keep faith;
he who always expects
to be betrayed invites betrayal.

The demanding role of Vitellia as singer and actress was movingly and passionately sung by the soprano Anna Mikołajczyk. This character is a formidable woman of sexual passion, tortuous pride, murderous intent, grasping ambition for political power and a merciless talent for the manipulation of men....surely Mozart's Lady Macbeth...

SEXTUS
I go, but, my dearest,make peace again with me.I will be what you would mosthave me be, do whatever you wish.Look at me, and I will forget alland fly to avenge you;I will think onlyof that glance at me.Ah, ye gods, what poweryou have given beauty! 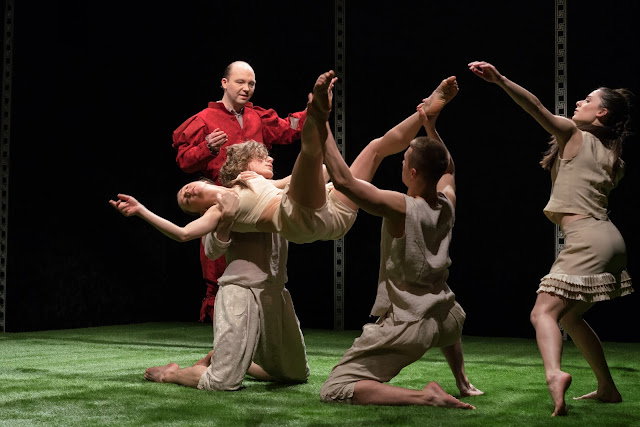 The more I hear your words,the greater grows my passion.When one soul unites with another,what joy a heart feels!Ah, eliminate from lifeall that is not love! 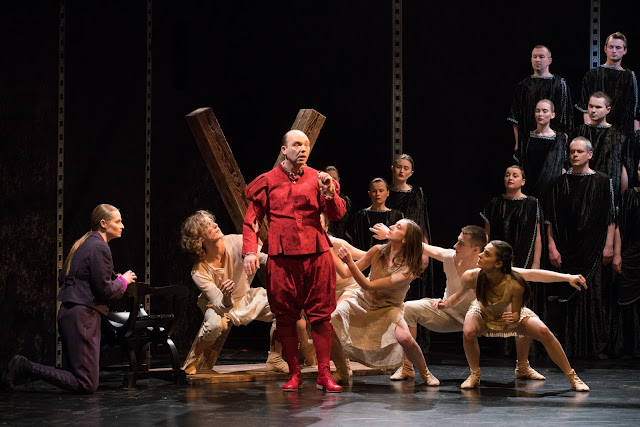 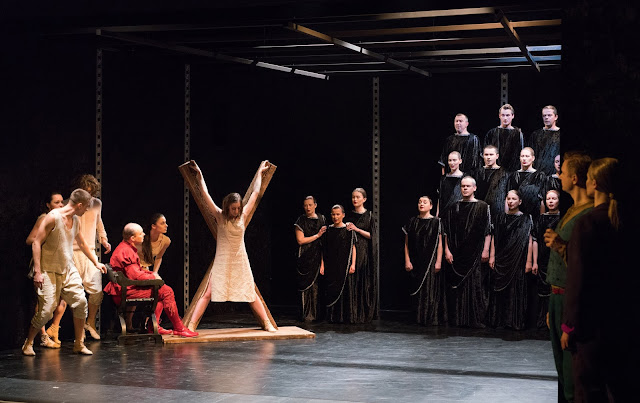 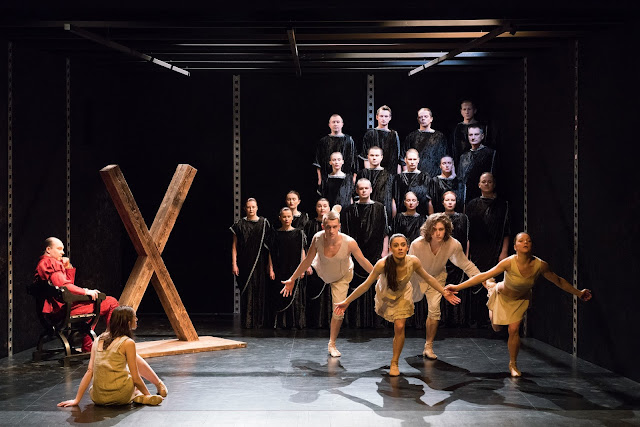 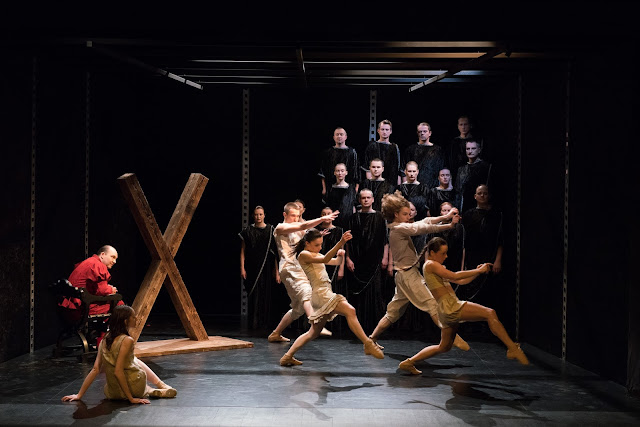 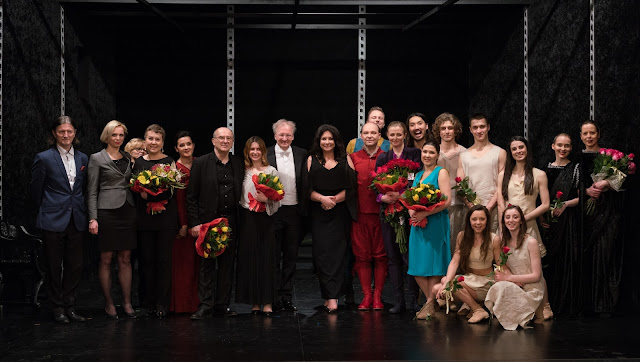