Showing posts from May, 2019
Show All

STANISŁAW MONIUSZKO - THE 200TH BIRTHDAY CELEBRATIONS OF and the opening of The 10th International Stanisław Moniuszko Vocal Competition , Warsaw 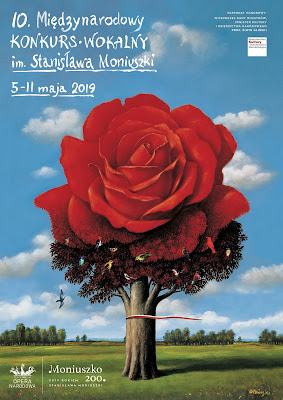 This year is the 200th anniversary of the birth of Stanisław Moniuszko (1819-1872), the greatest operatic composer in nineteenth century Poland. There are musical celebrations throughout country and the resuscitation of his long forgotten works in performance. The seemingly impossible dream of the independence of the country as a sovereign nation and accession to the European Union means that at last what one might term the 'Cultural Iron Curtain' has been split apart to reveal  formerly unknown artistic treasures of this valiant nation  to the wider European continen t . In no domain has this been more obvious than in music, but also in art, architecture, theatre and literature. The Polish language does present a difficult barrier in a way that English, French and Italian do not in the West. This remark does not assume a forest of undiscovered composers of genius, but certainly many of enormous talent and significant musical gifts to augment the European musical cano
Post a Comment
Read more
More posts