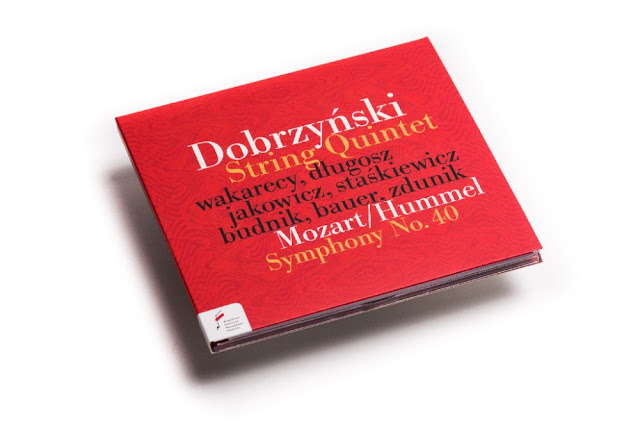 As this frightful pandemic has reduced live concerts to a trickle of audience-free online experiences, I thought I might 'use well the interval' and write some reviews of the outstanding National Chopin Institute recordings that have recently been released. This present period can only be described as a veritable Renaissance in Polish music. You really should listen to them to relieve the dragging hours of enforced isolation.

I have been to Weimar at least three times and consider it one of the most remarkable small cities in Europe, an ideological capital if you will, but now harbouring only the ghosts of Europe's squandered Enlightenment ideals. Ah, dearest Weimar ! What a history you have and as a city are such symbolic representation of Europe! Surely no small place has experienced such a concentration of resident musical (Bach, Anton Rubinstein, Schumann, Liszt, Mendelssohn, Richard Strauss) literary (Goethe, Schiller, the setting for a romantic novel by Thomas Mann) and architectural genius (the Bauhaus movement) as well as attracting so many illustrious musical visitors.

The city had only a population of perhaps 12,000 souls when Liszt chose to live so scandalously with Princess Carolyne Sayn-Wittgenstein at the Villa Altenberg and teach at his renowned school in the town. Marlene Dietrich even studied the violin in Weimar and became embroiled in a love affair with her teacher. Then came the Weimar Republic, the calamity of the Nazis and the Third Reich, the construction of their bombastic buildings and ultimately Buchenwald...

Why do I mention Weimar in connection with this recording? Well, one of my favorite composers lived and worked there. Johann Nepomuk Hummel (1778 – 1837) was an Austrian composer and virtuoso pianist. His music reflects the transition from the Classical to the Romantic musical periods. He is an underestimated musical genius of the greatest inventiveness both in chamber music and piano concertos. Hummel at the age of eight was taught and housed by Mozart for two years free of charge in Vienna. He made his first concert appearance at the age of nine with Mozart in Dresden (1787) in one of Mozart's concerts.
Hummel, among other distinguished positions in an incredibly distinguished career, held the position of Kapellmeister in Weimar from 1819 to 1837. He formed a close friendship with Goethe and read the poetry of Schiller, who also lived there but had died in 1805. During Hummel's stay in Weimar he made the city into a European musical capital, inviting the best musicians of the day to visit and perform. He brought one of the first musicians' pension schemes into existence and was one of the first musicians to agitate for musical copyright to combat intellectual piracy.
Hummel also had an incalculable influence on the style brillant earlier compositions of Fryderyk Chopin - the concertos and many variations, rondos and other solo works. He performed in Warsaw in 1828 to great acclaim, members of the audience standing on their chairs in order to better observe how he performed his famous trills. The composer developed a close relationship with Poles and admired the pianist Maria Szymanowska greatly.
This is the reason I recommend this performance of a rare and quite unknown piece, Mozart's Symphony No.40 in G minor KV 550 (1788), composed just three years before his death, magically transformed into a glittering chamber ensemble transcription by Hummel in 1824. It is scored for piano, flute, violin and cello. At the same time he arranged seven Mozart piano concertos for such reduced forces. We tend to forget that full orchestras assembled for performances were actually a luxury at the time - we have become rather blase.
Hummel was a chamber musician of the greatest genius in his own rarely performed chamber compositions. This symphonic transcription is a graceful flight over a chiaroscuro landscape fluctuating with light and shade. It sounds as if originally scored by Mozart for these instrumental forces. I must confess to being slightly addicted to this recording and cannot explain why nor do I wish to!
The pianist Pawel Wakarecy, a prize winner in many important competitions and performer at distinguished international festivals, is light, elegant, passionate yet supremely tasteful in this work. Of course, he was a former pupil of the brilliant teacher Katarzyna Popowa-Zydron at the outstanding Feliks Nowowiejski Academy of Music in Bydgoszcz. The cellist is also especially accomplished, among the finest in Poland. In fact all the instrumentalists are outstanding  in this remarkable transcription.

The Polish composer and teacher of Fryderyk Chopin, Jozef Elsner (1769-1854), had another pupil of near genius (if I may be so bold) Ignacy Feliks Dobrzyński, a school friend of Chopin. Elsner wrote in a report of Chopin 'special ability - Genius etc' and of Dobrzyński 'rare ability'. Unlike Frycek, he came from a professional musical family and was in many ways more precocious and wider in orchestral instrumental adventurism and skill than Chopin who concentrated so single-mindedly on the piano as a vehicle for his expressive soul. Many of his fine works are being resuscitated in Poland during this Polish musical renaissance, especially his symphonies, cantatas, songs, chamber works, a piano concerto, piano pieces and perhaps in the future, his opera Monbar. His first published work, a Polonaise in A major, was dedicated to the Polish pianist Maria Szymanowska.
When Chopin left Warsaw for Paris on the eve of the November Uprising of 1830, avoiding the brutal Russian occupation, the Polish composer Ignacy Feliks Dobrzyński stayed on and satisfied the intense demand for patriotic music.
On this same CD, the String Quintet No.1 in F major Op.20, is a magnificent chamber work of deep emotional expressiveness, its Polish musical character carried effortlessly by these gifted players. The arrangement of a patriotic song, which became the official national anthem in 1927, Jeszcze Polska nie zginęła [Poland has not yet perished] is the core of the elaborate and extended third movement. To my mind this is by far the greatest of all accounts of this familiar melody, the Dąbrowski’s Mazurka. It is not declamatory and oppressively nationalistic (as too often heard today) but contains all the pain of dispossession, anguish, suffering and courageous resistance contained in the history of this valiant nation. I am deeply moved every time I hear this movement of the Quintet. A profound statement.