Edward Cahill plays in the Teatro Romano in Ventimiglia, Italian Riviera, in May 1947

For those of you following some of my occasional posts concerning progress on my 'book in progress' on my great-uncle, the brilliant but forgotten Australian pianist Edward Cahill, you might like to have a look at this small piece of 16mm film which I have had recently transferred to DVD.

You can download and view it in Windows Media Player.

The film clip is silent except for a brief burst of Liszt’s La Campanella. The film is in two brief sections which are rather similar.

It shows Edward playing at the Teatro Romano in Ventimiglia, Italian Riviera, in 1947 as a gesture of reconciliation after the war with Britain. Allied bombing had revealed the ruin. There had not been a performance there for 2000 years until he reopened the theatre . You will see a brief glimpse of his friend the famous Russian/French pioneering gland transplant surgeon Dr. Serge Voronoff (in the hat) towards the end. Eddie is clear as the performing  artist of course and the other foreground gentleman is the Baron Leonino da Zara, another good friend of Eddie’s and a former Italian Air Ace in the early days of aviation.

The Roman Theatre of ancient Albintimilium was built in Ventimiglia in Liguria near the Via Julia Augusta between 2nd and 3rd century AD. The white limestone was mined near La Turbie above Monaco. The theatre held a maximum of 5000 spectators who attended performances of plays, dances and mimes. The structure today lacks the upper part (Summa Cavea) that tripled the numbers of seats. The theatre is one of the smallest of its kind. The site was abandoned in the 4th century.

Use the pause button for more careful inspection of details as the film is fragmentary but nonetheless valuable for that.

It is a miracle such a piece of film survived his peregrinations around the world.

In recognition of this concert and his unstinting and tireless charity concerts in Switzerland during the entire period of the war, Edward Cahill was awarded various Italian titles and decorations. 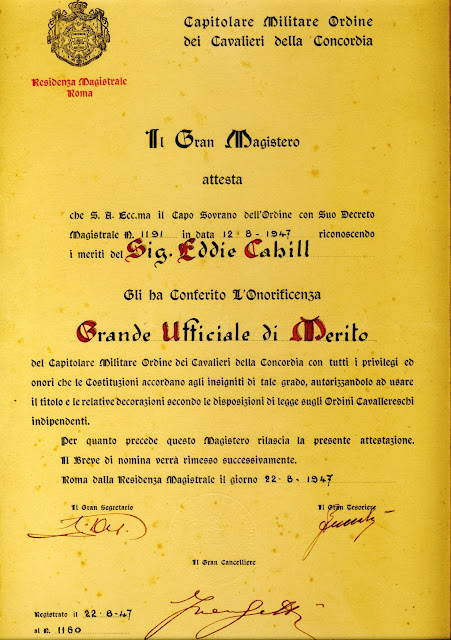 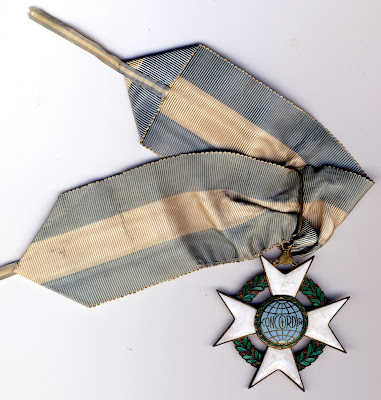 For contemporary newspaper account of these honours see article 'Italy Honours Musician' in the Australian newspaper The Age  January 1, 1948 :


Edward Cahill can be heard playing Liszt and Chopin using these free links: