If you have strayed onto this page in error details for the 2013 competition are at:

Click on photographs to enlarge - a far superior image results


I have neglected this blog recently simply because of the pressure of finishing the biography of my great-uncle the Australian pianist Edward Cahill which is still ongoing after two and a half years of solid work. The reason it is taking so long and is such an arduous task is because it is being written entirely from primary source material - unsorted letters, clippings, photographs, private recordings, journals and  essays inherited by me in a huge cabin trunk. I have reached the year 1947. He died at Monaco in 1975 so I have yet to cover his courageous period in apartheid South Africa (1950-1961) and his declining years in Monaco.

I was invited this weekend (Polish Independence Day November 11th) to Bydgoszcz (Bromberg) in Poland for a concert to celebrate the 152nd anniversary of the birth of the great Polish composer, pianist, statesman and philanthropist Ignacy Paderewski (18 November 1860 - 29 June 1941). It was held in the Aula of the  Kazimierz 'The Great' University.

Henryk Martenka, the Director of the Paderewski Piano Competition has kindly invited me to provide the streamed Internet commentary in English over the period of two weeks for the 9th Paderewski Piano Competition which will run from 3rd - 20th November 2013. The visit was a form of early orientation as I had never been to Bydgoszcz. Henryk was particularly hospitable recommending facilities and showing me around the city.

For all the details, enrolment procedure, repertoire and history of this remarkable competition dedicated to the memory of a quite extraordinary human being:

I love Paderewski's music and you should really make the effort to search it out, in particular the superb Piano Concerto and Polish Fantasy. The great Canadian virtuoso Janina Fialkowska has made a wonderful recording of this romantic concerto with Antony Wit conducting the National Polish Radio Symphony Orchestra of Katowice.

I leave you with a few snaps of Bydgoszcz and whilst on the train returning to Warsaw.

Incidentally I had the most marvellous Independence Day breakfast in a particularly stylish hotel called Hotel Bohema which I highly recommend if you ever come to Bydgoszcz as a tourist.


I also had a superb dinner at a restaurant called Restauracja Maestra in the Opera Nova. Arguably the best restaurant in Bydgoszcz.

Prices in both establishments are moderate compared to Warsaw. 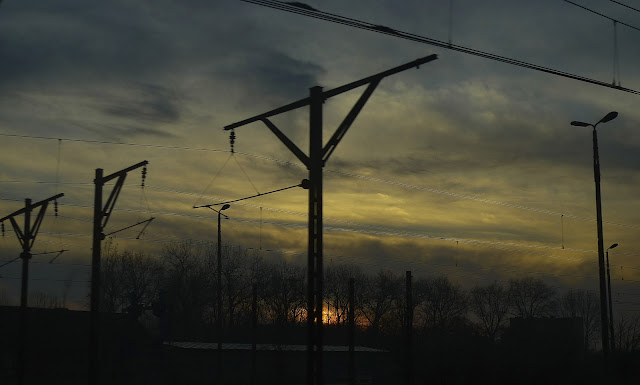