Showing posts from February, 2018
Show All 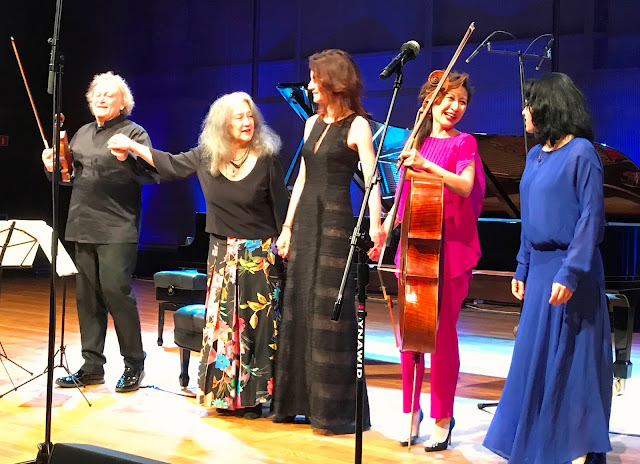 Lt. to Rt. Michael Guttman, Martha Argerich, Annie Dutoit, Jing Zhao, Akane Sakai This desperately moving and emotionally committed concert was enough to impel the very stones to pity. As a demonstration of the healing power of music and an unflinching  confrontation of historical memory, it was unsurpassed. The performances will remain in my mind as one of the more profound musical experiences of my life.  Although short in duration and modest in scope, this inspiring first POLIN Music Festival entitled  Roots'n'Fruits ran   from 16-18 February  in Warsaw at the Museum for Polish Jews. The festival is hopefully the bud of a beautiful flower of historical regeneration and reconciliation in Poland. The opening concert of the festival was dedicated to the great philanthropist Zygmunt Rolat who has always cultivated the deepest respect and understanding between cultures. This chamber concert opened with the Variations on a Theme by Paganini (1941) for two pianos by W
Post a Comment
Read more 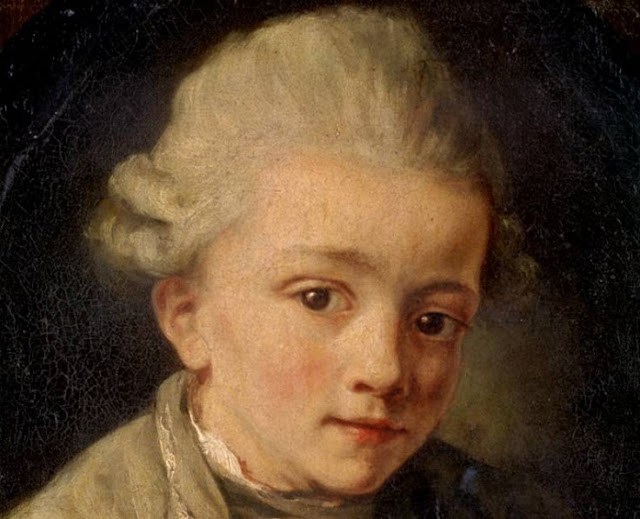 Jean-Baptiste Greuze, the child  Wolfgang Amadeus Mozart  (detail), 1763-64 (Yale University Collection of Musical Instruments) There is a strange kind of human being in whom there is an eternal struggle between body and soul, animal and god, for dominance. In all great men this mixture is striking, and in none more so than in Wolfgang Amadeus Mozart.    (Alfred Einstein) I feel this passage not only describes the psyche of Mozart but also the character of the subject of his final opera, the Roman Emperor  Titus Flāvius Caesar Vespasiānus Augustus  popularly  known   as Titus (39 - 81 AD). The characteristic two faces of Janus  preside over the dual nature of the psychological conflict within the emperor's life, that of war and peace, punishment and clemency. Yes, certainly he assisted the victims of the eruption of Vesuvius in 79 AD which destroyed Pompeii and Herculaneum and a fierce fire in Rome in 80 AD. However h istorically Titus seems rather schizoid, not only capa
Post a Comment
Read more 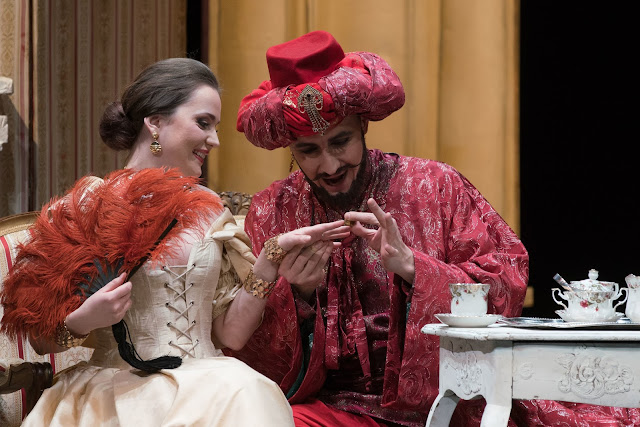 The irresistibly flirtatious Fiorilla and Prince Selim the Turk Gioachino Rossini (1792-1868) wrote Il Turco in Italia in 1814. The work has seldom been fully appreciated as such an entertaining opera buffa.  As it was recently staged in Poland,  I think it interesting and instructive to briefly examine the rather exotic Polish-Turkish relations of the past.  Over the centuries this fascinating and involved subject has had a profound influence on Polish history. This was especially true in the 17th century at the spectacular Siege and subsequent Battle of Vienna (12th September 1683) that witnessed the victory of the Polish Husaria or Winged Cavalry under the command of King Jan Sobieski over the vastly superior military forces of the Ottoman Empire under the Grand Vizier Merzifonlu Kara Mustafa Pasha.  H istoric relations between the two countries were initiated around 1414 with a Polish mission to the Ottoman Empire. Many wars followed over territorial claims in the
Post a Comment
Read more
More posts