It is always of great interest in life to stumble over a rare, normally inaccessible and forgotten work of art. An apple on the moon. In this case it was a small chamber opera by the eminent Polish composer Karol Kazimierz Kurpiński (1785-1857) that had not been performed in repertory for some two hundred years.

Outside of his native land, his name would certainly only be known to a few specialist musicologists in western countries despite being the most prominent Polish composer before Fryderyk Chopin. Born in Włoszakowice, a small village in west-central Poland, some sixty kilometers from Poznań, he was the son of the local organist and the daughter of a village civil servant. From 1800 to 1808 he played the violin in the orchestra of Count Feliks Polanowski at his seat near Lwów. Later in 1810 he held the post of assistant conductor until 1824 at the National Theater in Warsaw alongside Josef Elsner, Fryderyk Chopin's teacher and also an opera composer of note. At that time he became principal conductor and director of the opera house when Elsner quit his post.

Kurpiński composed a number of successful operas. One in particular entitled The Castle of Czorsztyn appealed to me as I had traveled to the superb site in the Pieninski Park Narodowy (Pienini National Park) where the ruins of the castle are situated. This tale of love lost and regained in a picturesque haunted fortress is set in the Middle Ages. As often with Kurpiński it has an excellent Overture. He even in 1830 conducted the premiere of Chopin's Piano Concerto in F minor and the Fantasy on Polish Airs with the young genius as soloist.

It should come as no surprise then that he felt attracted once again to the ancient past in Aleksander i Apelles. This concise opera (it lasts an hour - mercifully short, rather like Purcell,  compared to say  a work by Richard Wagner), is an early work from 1815 and is scored for small forces and minimal cast. The modest story is from an original rather lightweight libretto in French by the playwright and author of comic operas, Charles Augustin Bassompierre also known as Sewrin (1771-1853). It is in stark contrast to the painfully convoluted operatic librettos of  many a nineteenth century operatic spectacle. Perhaps the simplicity comes from the reasoning behind its composition. The funds generated in performance were for the benefit of the librettist's second wife Konstancja Dmuszewska. There were also financial constraints in operation at the time. 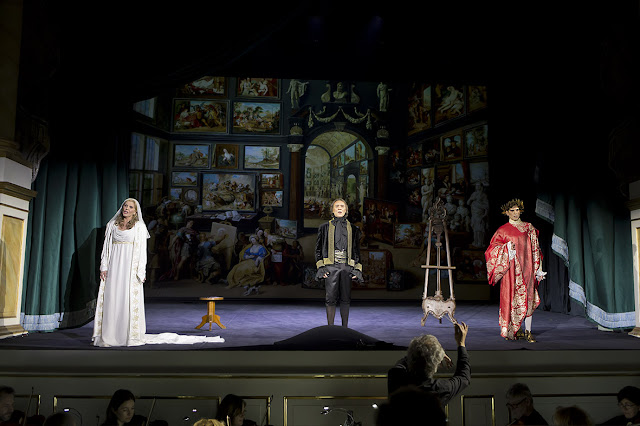 This production is enhanced in the magnificent Royal Theatre in Łazienki Park in Warsaw by huge back projections of iconic Renaissance paintings. The Royal Theatre is one of the few surviving authentic eighteenth-century court theaters in Europe.

There are a mere three soloists with the brief appearance of a male choir. This story is set in Ancient Greece. Apelles, the court artist to Philip II of Macedonia and his son Alexander the Great, is asked to paint the radiantly beautiful Pankasta, a former slave with whom Alexander is in love.  However she is interested in the attentions of a 'common man' and is not in love with the noble Alexander. Needless to say,  Apelles suffers a coup de foudre the moment he sees the 'model'. He begins to experience his own infatuated love and spends time and arias deciding how he will depict her.

First he chooses a symbolic harp for Eurydice the companion to Orfeo, musician and poet. The romantically handsome tenor Leszek Świdziński was convincing in this part although his voice suffered a few intonation insecurities. Tatiana Hempel – Gierlach as Pancasta is a fine and flexible soprano who gave evocative expression to the nature of true beauty which alone inspires desire and love in pagan Renaissance theories of this emotion. 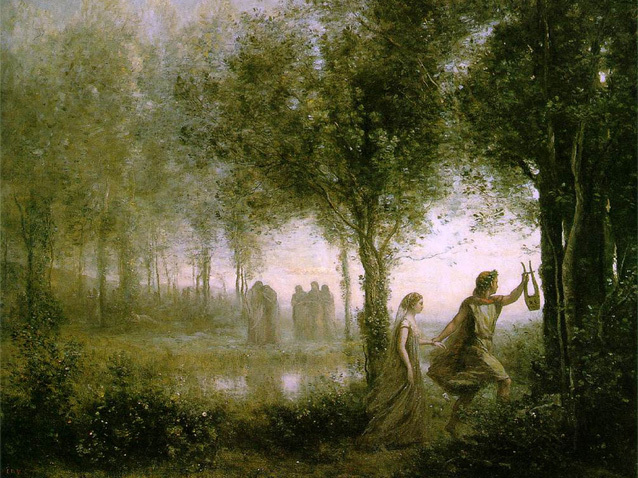 Apelles then decides to depict her as the huntress Artemis/Diana. Kurpiński  provides us with some delightful and rather infectious 'hunting music' here with horn calls and rhythms that one always associates with hunting on horseback. The music was energetically, idiomatically, even humorously played by the Polish Royal Opera Orchestra conducted by  Zbigniew Graca.

His next vision of Pancasta he imagined is as Pallas Athene - only the very finest of poetic and mythical conceptions for Apelles! 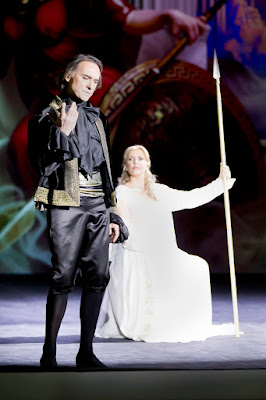 Finally Apelles decides to present Pancasta as the springtime of love and declare his own love of her - the Birth of Venus - cupids and flowers - which she gladly returns. 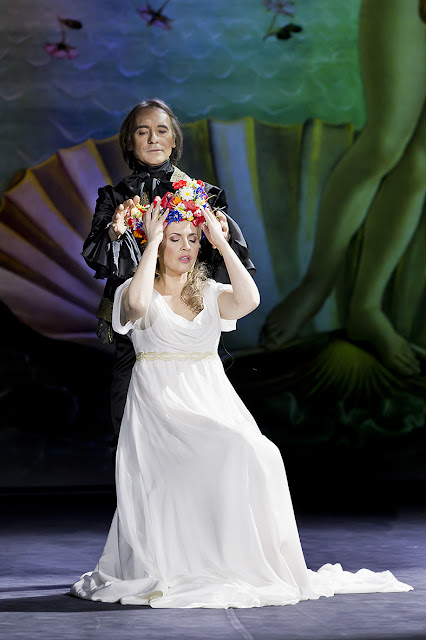 Alexander surprises Apelles and Pancasta in a passionate embrace and is initially furious.  In an act of 'sublime compassion', not unlike that explored in the Mozart opera La Clemenza di Tito (1791), the fine resonant bass-baritone Robert Szpręgiel as Alexander selflessly but in some emotional difficulty renounces his own love to that of Apelles.

'I have  conquered so many lands and kings but it seems to me the greatest victory is when I conquer myself.'

The male choir suddenly appear and sing that he is a great man but even greater now as he is  so generous and kind-hearted which will only add to his fame. 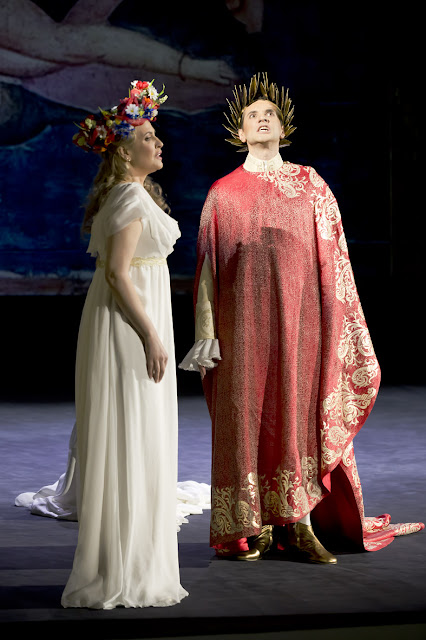 Overall I enjoyed this brief 'minimalist opera' (quite ahead of its time in minimalism). Its reduced simple expression is of the movement of sudden and unexpected truths of life and love, what the English Augustan poet Alexander Pope might have termed as 'the moving toy-shop of the heart'.

Kurpiński's excellent Overture and undemanding tuneful and evocative music performed by the Polish Royal Opera Orchestra under their conductor Zbigniew Graca, matched the story well. The music enhanced the aura of what might appear at first glance as a superficial and slight confection but on reflection contained more than one deeper truth of human relations contained in the poetry hidden in the antique rhyming couplets of the libretto.