This is the first recording in their ambitious and much to be welcomed projected series of historic recordings from their archive. It was of the legendary 1959 Wawel Castle  Kraków recital by the great Polish pianist Witold Małcuzyński (1914-1977). Polish Radio broadcast this recital then and also in this modern celebration. The Polish Radio sound specialists have done a great deal to accurately revive and 'remaster' the original recordings which were affected by the limited quality of the live recording technology of the time.

I have always found the playing of Małcuzyński somewhat uneven in quality and inspiration (if one has the temerity to offer such an opinion at this high artistic level) but there are inspirational joys to be found in this recording and others he made of other composers. He was possibly the most famous pupil of Ignacy Jan Paderewski and the highly influential pianist, pedagogue and musicologist Józef Turczyński (1884-1953). Originally intending to be a lawyer, he won the third prize in the Third International Chopin Competition in Warsaw in 1937. I often visit his grave in Powązki cemetery  in Warsaw on All Saints Day where a forest of candles burn in his memory. He was greatly admired by and knew my great-uncle, the Australian concert pianist Edward Cahill, in Switzerland following WW II. 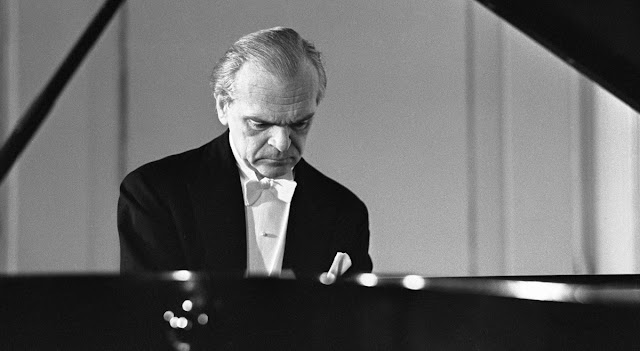 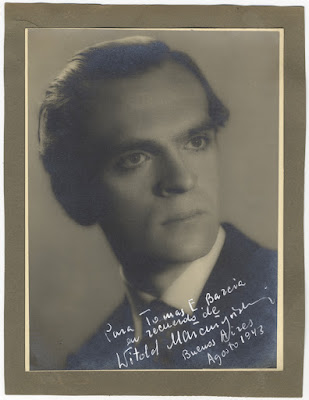 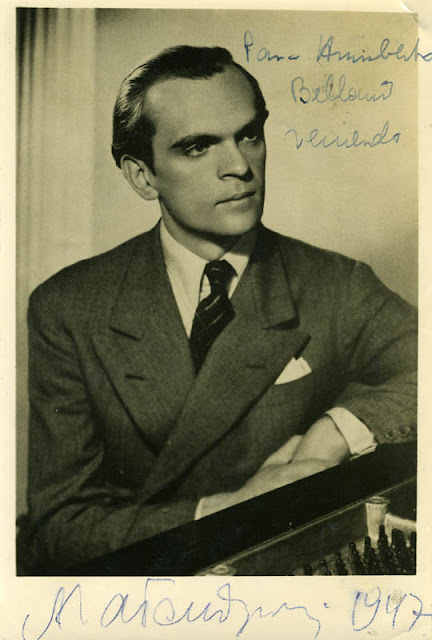 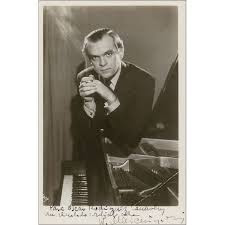 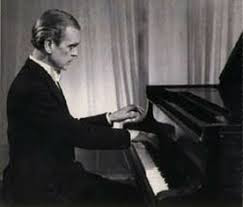 He was a refined spirit and almost as handsome a man as Clark Gable.  From a prewar age he was possessed of immense aristocratic bearing at the instrument. This recital was clearly of great intensity and demonstrated that unique character quality known in Polish as żal. The 'story' of this carefully planned concert, as  Małcuzyński presented it, contained a strong concentration of this emotional spectrum that occurs so often in Chopin, a composer almost addicted to it. Liszt wrote more or less accurately of Chopin's conception of żal :

"Zal! Strange substantive, embracing a strange diversity, a strange philosophy! Susceptible of different regimens, it includes all the tenderness, all the humility of a regret borne with resignation and without a murmur, while bowing before the fiat of necessity, the inscrutable decrees of Providence: but, changing its character, and assuming the regimen indirect as soon as it is addressed to man, it signifies excitement, agitation, rancor, revolt full of reproach, premeditated vengeance, menace never ceasing to threaten if retaliation should become possible, feeding itself, meanwhile with a bitter, if sterile, hatred."

This dangerous playing at the felt limits of the virtuoso pianist's capacity, was a profoundly musical experience.  As exciting to watch and hear as an historic car race where the driver is performing at the very limits of his physical and mental agility, at the limits of adhesion of the vehicle, where a catastrophe could occur at any moment. There were a few solecisms and departures from the score, but they were utterly convincing in the fierce and beautiful emotional charge that gave rise to them. The overall conception and structure  of the piece was preserved. All the works performed were heartfelt and deeply moving in their humanity.

In life I am unaccountably emotionally moved by imperfection and spontaneity of expression rather than the technological perfection of the 'perfect' recordings we are accustomed to today. Live recordings in those days were in 'one take' so the integrity of structure and expression were preserved in their entirety as was the case here. The rugs of Persia, the Caucasus and Bokhara, great works of art, had an imperfection consciously woven into the superb designs in the belief that 'Only Allah is perfect.'

One might ask why was the 1959 Małcużyński concert considered ‘legendary’ ?


The concert took place in the Senators’ Hall of the castle. The recital celebrated the return of the 16th century Wawel Arrasses, together with the rare green 'Verdure Tapestries', all national treasures which had been secreted in Ottawa in Canada (by extraordinarily multifarious routes) during the horrors of WW II to defeat the wholesale pillaging and theft of Poland's heritage by the Nazis.  The Wawel tapestries were subsequently removed by the then Polish government to Romania and finally to France. When France fell to the merciless Blitzkrieg the tapestries were secreted in Canadian vaults. They were returned to the nation in 1958 after prolonged negotiations between the Warsaw postwar communist government and the authorities of Quebec, Canada.

Małcużyński had done a huge amount, in fact was one of the key figures, in arranging the complex negotiations for the return to Kraków of these treasures (the 70 priceless and rare tapestries, manuscripts, precious textiles and other precious objects) which formed a public exhibition. The negotiations between the Polish communist authorities and Canada were as fraught and fragile as might be imagined.

The extraordinary context of the concert given to celebrate their return, the highly excitable playing, even with some solecisms and departures from the accepted score, must be considered when assessing this performance. The design of the programme was very carefully considered too…like a journey through Polish history.

For me the emotional intensity of the context carried all before it….and the interpretations were very moving in light of this extra-musical frame. Refined yet poetic and on occasion carrying enormous nobility of tone. Spontaneity, a sense of improvisation, creativity of the moment and affecting rubato were in the ascendant. He observed the Chopin injunction of 'Simplicity in everything' with scarcely any of the affectation or hysterical posturing which has to be all too commonly endured today. He was of the Paderewski generation whose pianists often gave the bass of the modern instruments a reverberant, even thunderous sonority now rather out of fashion.  I have never heard anyone open the B flat minor sonata with such a Grave. And the Presto was tumultuous and unequaled in its grief. The Nocturne in C minor Op. 48  No.1 moved one emotionally thorough passionate convulsions of the heart scarcely ever experienced with today's sensibility.

One also has to be fully aware of the communist or 'Polish Socialist' context in which he was playing in 1959 and the strong patriotic rebellion present in these sometimes emotionally abandoned interpretations.

We should all listen to this passionate recording and reflect on the musical distance that the industrial age of technological perfection, infinite reproducability and surface perfectionism has now established between the human and the rich emotional landscapes displayed within this particular heart.

You can listen to this legendary recital online with commentary by the charming and musically well-informed Polish radio presenter Róża Światczyńska in her popular Sunday afternoon programme at 4.00pm CET entitled Chopin osobisty. ('Personal Chopin').