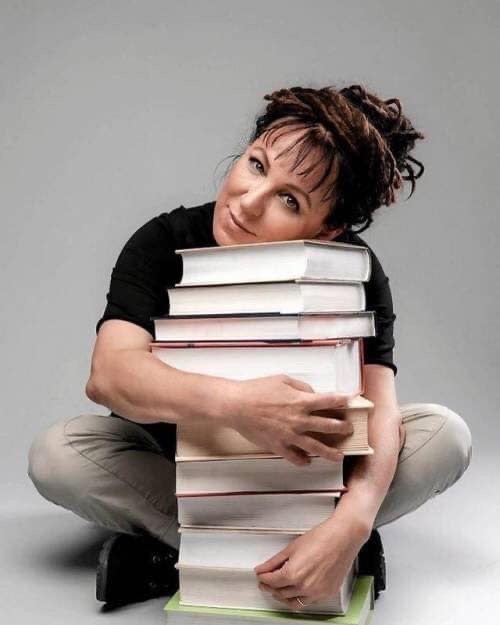 Last night I attended an interview/lecture Olga Tokarczuk gave at the British Library in London. Thought provoking in the extreme. I suggest you buy this book ('Flights' or 'Bieguni' in Polish) published quite some time ago now (2007) but recently long-listed for the International Booker Prize.
It will sell out after she wins! My prediction....

Am at present reading the Polish writer Olga Tokarczuk's 'Flights'.
'Bieguni' in Polish. 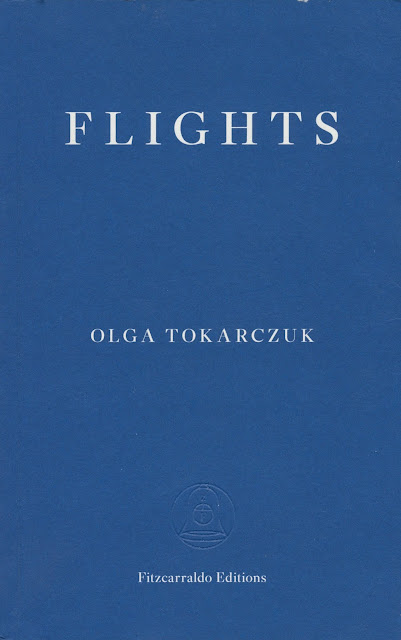 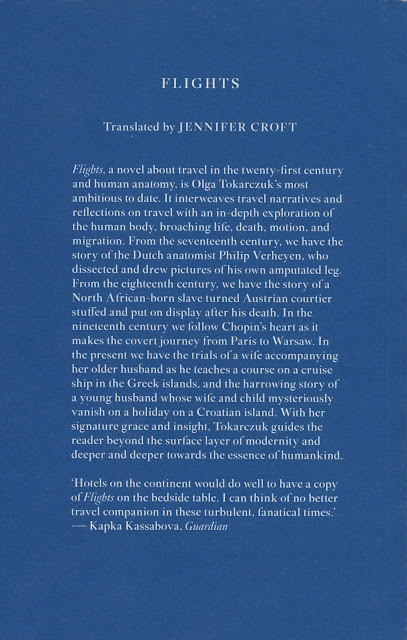 A brilliant and unique vision and formal experiment in composition. Formal experiment so rarely happens in English books - publishers with their eye on sales dare not but will publish translations that experiment of course!

The book is based upon the idea of self contained sequences that concern travelling, human anatomy and experiences during periods of mobility disconnection from everyday predictable routine and habit. The sequences are of different lengths yet discrete, stories and personal reminiscences not always resolved, arranged as 'constellations' of discrete scenes rather like a solar system of planets. Separate entities but remaining part of one interconnected, interdependent system.

I was particularly interested as it involves examining the very nature of travel itself and the psychological impact on us of what one might term 'travel psychology'.
Do read the rear cover of the book which is attached to this post.

Just as I anticipated after I attended her interview with the writer Adam Mars-Jones at the British Library on March 22 and reading the book. Fantastic! So terribly happy! Such an achievement. All you non-writers out there do you really really really realize? Read the book in Polish if you can otherwise in English....but READ IT!! 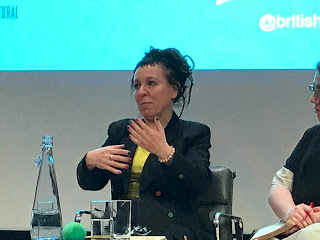 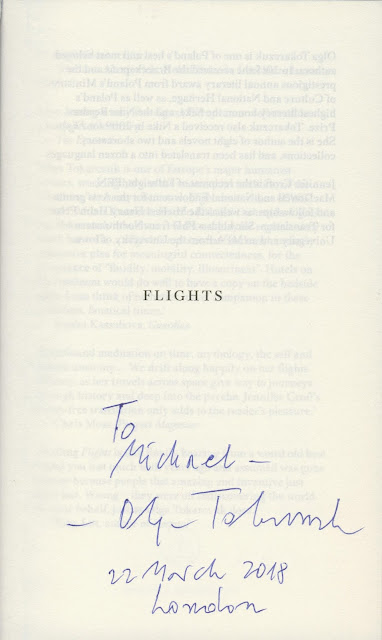 And now the Nobel..... speechless with admiration.....always recognized her exceptionally rich and fertile imagination and encyclopedic creativity.....

"She's a writer preoccupied by local life, but at the same time inspired by maps and speculative thought, looking at life from above," the judges said.

Her work "centres on migration and cultural transitions" and "is full of wit and cunning", they added.
Last year, she won the Man Booker International Prize for Flights, more than a decade after it was originally published in Poland.

The Nobel committee was also "very impressed" with her epic historical novel The Books of Jacob, set in the 18th Century, which "presents a rich panorama of a little-known chapter in European history". (BBC)

I will soon review her books ‘Drive Your Plow Over the Bones of the Dead'  and 'Primeval and Other Times'.
The title 'Drive Your Plow Over the Bones of the Dead' is taken from William Blake as is much of the inspiration of the book which is partly based around characters who are translating Blake’s poetry into Polish.
This among other highly entertaining ideas, the vengeance of animals on humans, a mystery story, some astrology, anatomy of the body and deep philosophy.
Tokarczuk has created another vision of the world for us ..... a landscape of characters and subject matter quite different to ‘Flights’ ..... and anything else you are likely to ever read ! Yes a unique pair of eyes contemplating human kind ....