Before the Grand Competition -

The time when the 18th Chopin Competition was to be held, (the competition has been postponed to next year), will remain a celebration of Chopin's music and great pianism. The Fryderyk Chopin Institute invites you to a series of piano masters’ recitals and chamber concerts, which will include performances by the most outstanding pianists of the previous editions of the Competition.

On 17 October, the anniversary of the death of Fryderyk Chopin, we will traditionally invite you to the Basilica of the Holy Cross to listen this time not to Mozart's Requiem, but to a concert of music and poetry, performed by Szymon Nehring (winner of a distinction in the 2015 Competition) and Jan Englert in front of the composer's heart. The evening is dedicated to the memory of the composer on the 171st anniversary of his death and to Pope John Paul II, in the year of the 100th anniversary of his birthday. The concert programme includes works by Fryderyk Chopin and poetry by Cyprian Kamil Norwid and Czesław Miłosz.

The cycle of concerts of masters referring to the competition finals will be complemented by the two Chopin's Piano concertos in the chamber version, interpreted by Kevin Kenner (winner of the 1990 Competition) accompanied by Apollon Musagète Quartet and Sławomir Rozlach (double bass) - it will also be a gala presentation of the latest recording of the concertos by these artists.

The concerts, with the exception of Olli Mustonen's recital and the recitals by Eric Lu  and Kate Liu which will take o,ace at the Royal Castle. The concert on 17 October, will take place in the National Philharmonic Concert Hall and all of them, except for the concert in the Basilica of the Holy Cross, will be available for viewing and listening online.

A detailed programme is available here.

Tickets for concerts will be available online at www.bilety.nifc.pl and at the ticket offices of the Chopin Museum in Warsaw (11 a.m.– 7 p.m., Tuesday thru Sunday) from 12.00 this Friday.

Profile of the Reviewer Michael Moran 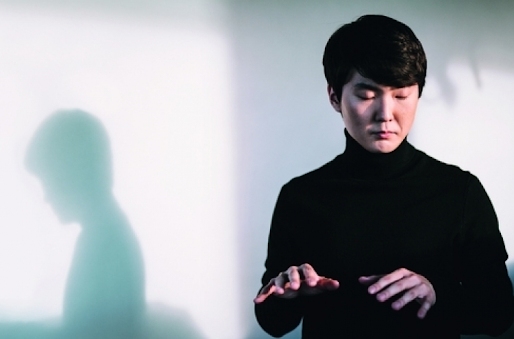 Seong-Jin Cho is one of the most sought-after pianists in the world today. His performances in Korea attract crowds and, especially among young female fans, evoke emotions associated with K-pop rather than classical music. Cho treats his popularity with detachment and a sense of humor. He constantly emphasizes that the most important for him is the music itself, which he loves with passion.

"Since the victory in Warsaw," the artist said recently in one of his interviews, "I am actually constantly traveling. It is rare for me to be home for more than two weeks. Coronavirus at home changed all that. However, I quickly began to worry about both my musician friends and myself. I tried to practice but found I couldn't focus. "

His return to the stage was therefore associated with great emotion:

"It was great. I realized how badly I needed concerts. How badly I need an audience. Because the audience gives the artist energy. Joy. The meaning of life. Especially when someone is as used to being on stage as I am. "

This is what I wrote of his performance of the Chopin 'Heroic' Polonaise in A-flat major at Duszniki Zdrój  International Chopin Festival in 2010:

His Chopin 'Heroic' Polonaise in A-flat major Op. 53 was one of the grandest and most magnificent performances I have ever heard - the predominantly Polish audience leapt to their feet with a shout at the concluding chord. No bashing or hysteria just glorious tone and musical accomplishment. What a future this young man has ahead of him! He was so perfectly prepared in all aspects of concert pianism, technique and musical understanding - watch out you Europeans!

And of his performance of the E minor concerto Op.11 in the Final Round of the 2015 International Chopin Competition which he won:

As you might imagine from my previous commentary I keenly anticipated this final statement from Seong-Jin Cho in the competition. It was an immaculate performance from first note to last, the music superbly prepared as I have noticed from his previous stages. An truly outstanding example in every sense of the styl brillant of the period as composed by the quite wonderful Johann Nepomuk Hummel, Franciszek Lessel, John Field and Ignacy Feliks Dobrzyński  - all contemporaries of Chopin but of course lacking his melodic genius.

Stylistically the performance was absolutely as it should be - elegantly phrased, graceful with aristocratic poise, perfectly accurate dynamically matched notes (not one wrong note or even slight 'smudge'), glowing tone produced with the finest taste, finesse, colour and bel canto in the melodic lines especially in the Romance. Larghetto. He played with such ease and control it was enthralling to watch and hear. Such musical gifts this man possesses!

Ned Rorem (b.1923)Kevin Kenner began his recital with a composition by an American composer little known in Poland or to me. Ned Rorem studied at Northwestern University and at the Curtis Institute in Philadelphia, later serving as secretary and copyist to Virgil Thomson and completing his musical studies at the Juilliard Institute. He spent 1949 to 1958 in France and came to know all the cultural luminaries of the day, befriending many of them. He returned the US and held various academic positions, te…
Read more