Biden Visit - Poland once more the Bastion of Freedom in Europe

No further comment is possible for me on the situation in Ukraine ….. appalled yet again at human irrationality and the limitless capacity for murderous cruelty ...

However the generosity of Poland just now is another story altogether

'For your freedom and ours'

The great Polish rallying battle cry through the ages

The music of Chopin, as always, expresses the full range of my fraught emotions at this terrible time.

To understand Poland a little better, only if you have time, dip into 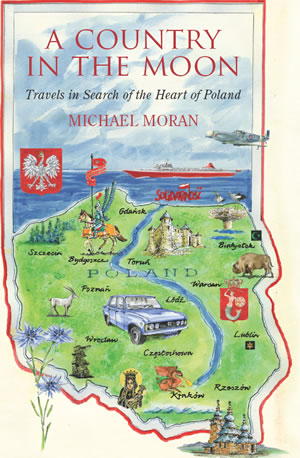 My immediate response to Biden’s resonant and historic speech at the Royal Castle, Warsaw, March 26th 2022:
'Almost a debilitating sadness that this is happening all over again.'
'...the darkness that drives autocracy is ultimately no match for the flame of liberty that lights the souls of free people everywhere. Time and again history shows that it's from the darkness moments that the greatest progress follows.
And history shows this is the task of our time, the task of this generation. Brutality will never grind down their will to be free. We will have a different future, a brighter future, rooted in democracy and principle, hope and light.'
A brilliant, powerful and impassioned speech for the free world. Magnificent.
Such an eloquent opening with a remarkably appropriate and inspiring John Paul II quotation, directed toward both Ukrainians and Russians
‘Be not afraid’
A speech of immense moral force….a beacon of spiritual hope from a worthy and true leader of great integrity.
Not since Churchill, such a persuasive speech of such compelling rhetoric in time of war.
I did not anticipate specific military or political promises on behalf of NATO in what was basically a morally directed speech of convincing raw emotional commitment and weight
* * * * * * * * * *
It contained pregnant echoes of the not so distant past:
'...do not close your eyes to the fact that we are entering a corridor of deepening and darkening danger, and that we shall have to move along it for many months and possibly for years to come.'
Churchill 31st May 1935
House of Commons
'I cannot forecast to you the action of Russia. It is a riddle, wrapped in a mystery, inside an enigma'
Churchill 1st October 1939
Broadcast, London
'Give us the tools, and we will finish the job'
Churchill 9th February 1941
An appeal to President Roosevelt
Broadcast, London
* * * * * * * * * *
I was deeply honored to be given an inscribed copy of Never Give In! The Best of Winston Churchill’s Speeches (London 2003) Selected and Edited by his grandson, Winston S. Churchill who died in 2010.
We spoke for some time of 'that valiant nation Poland' as he put it to me...
'To Michael Moran, a strong supporter of Poland, with best wishes from Winston S. Churchill, 13th September 2009’