The Pocket Paderewski : The Beguiling Life of the Australian Concert Pianist Edward Cahill by Michael Moran 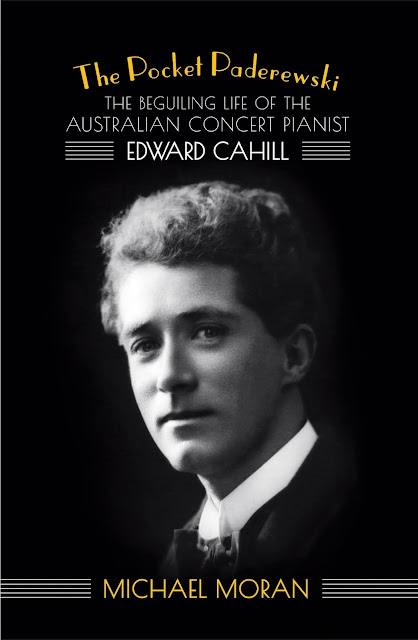 I was prompted to this serialization by my detailed coverage of the magnificent, inspired yet in some ways controversial 2020 International Chopin Piano Competition in Warsaw.

You can listen to his remarkable style brillante playing here
https://app.box.com/s/w470tiq0qbbckttbjb4wvj8936zl60vn
Edward Cahill
Private Cape Town Studio Recordings of Liszt and Chopin (1955)
Re-Mastered by Selene Records Poland
Pitch-corrected by Jonathan Summers, Curator of Classical Music at the British Library  (Author’s Private Collection)
When judging the quality of these recordings, bear in mind 78 rpm shellac recordings were made in one take with no patching possible as can be achieved today. Any slight performance blemishes remained permanently recorded in those days.
However, there is great conceptual and interpretative integrity maintained in such 'one take' recordings.

The book is serialized, fulsomely illustrated and the chapters divided into installments