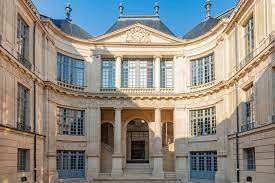 This is the famous picture Chopin's Polonaise - a Ball at the Hôtel Lambert in Paris by Teofil Kwiatkowski (1809-1891) now in the National Museum Poznań. This palace was the Parisian home of the Polish magnate Prince Adam Jerzy Czartoryski and a centre for the volatile discussions of the political  'Polish question' in the mid nineteenth century.

'There have been many chapters in the almost four-hundred-year history of the Hôtel Lambert. Each one has been splendid and fascinating.'

The Hôtel Lambert, built in the early 1640s and located on the secluded Île Saint-Louis in the heart of Paris, is the most staggeringly beautiful private residence in the city.

This palatial private house was decorated by the artistic visionaries behind the Palace of Versailles, architect Louis Le Vau, and painters Charles Le Brun and Eustache Le Sueur. Since then, it has been home to various illustrious families from Polish Prince Adam Jerzy Czartoryski and his descendants, to the Baron de Rede’ who hosted his legendary Bal Oriental in 1969 and the Rothschilds. Luminaries, artists, writers and composers, such as Voltaire, Delacroix, Chopin and Balzac, gathered in its sumptuous salons, all of whom have added to the Hôtel Lambert’s rich cultural history. In the 20th century, its salons hosted the most exclusive members of the international jet-set.

Following a painstaking and sympathetic restoration by His Highness Sheikh Hamad bin Abdullah Al Thani and his family, the Hôtel Lambert was returned to its former glory, and furnished with a trove of treasures. Since then the building’s gilded walls and frescoed ceilings have framed one of the greatest private collections of decorative arts ever assembled and surely the biggest ever to come to auction in the last fifty years. Acquired specifically for the Hôtel Lambert, these works were curated to emphasise provenance, craftsmanship, academic significance, and relevance to the rich heritage of the house. The interiors were designed by worldwide renowned interior designer Alberto Pinto.

In October there will be an extraordinary auction of priceless objects from the palace - one of the greatest auctions of modern times giving a rare insight into social ambiance closely associated with the cultural milieu in which Fryderyk Chopin moved whilst living in Paris.

Do browse the photographs on this extraordinary Sotheby's website 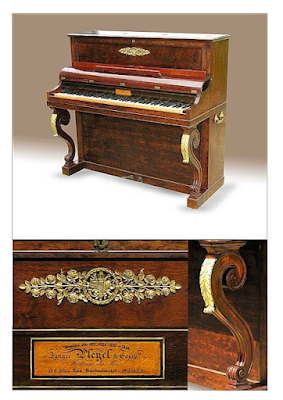