The Quest for Cahill - Work in Progress 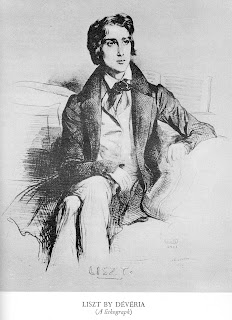 I spent a particulary busy Christmas break researching the Indian and Far Eastern concert tour 1919-1921 of the pianist Edward Cahill accompanied by the tenor George Brooke and writing that chapter of his extraordinary life. The Queensland floods may necessarily postpone my trip to Australia for that section of the book until later in the year. The deadline I have been given may need to be extended as I rearrange matters. At all events here is an extract from the completed Chapter 3 of the new book. First a few initial reflections on Liszt.

I hope to go to Weimar again this year to see the Liszt house (which will have been fully restored by now) and investigate more fully his years spent teaching in that extraordinary and beautiful small town. This remarkable place had an incalculable effect on the now cruelly and tragically abandoned ideals of eighteenth century Enlightenment thought in Europe. Both Goethe and Schiller lived and wrote there and visiting their respective houses (particularly Goethe's on the immortal Frauenplan) is a true spiritual experience of a high order. Thomas Mann of course set his moving  Lotte in Weimar in this enchanted place and one can still visit and stay at the Hotel Elephant where much of the intense nostalgia for the shadows of Goethe's past love fall. Now restored in Art Deco splendour.

To begin the year of Liszt I suggest you could not do better than listen to the superb performance of the Liszt transcription of the Paganini study La Campanella recorded by Edward Cahill in 1935. You will realise on hearing this individualistic interpretation that Cahill lies on the cusp of the the great nineteenth century pianistic tradition of de Pachmann, Friedman, Lehvinne, Godowsky and Rosenthal. Please consult the numerous posts on Edward Cahill in this blog to fill in the gaps if you are interested further in this astonishing life story and have not already done so.

La Campanella can be downloaded free at:

Hyperion offer the brilliant edition of the complete piano works of Liszt (99 CDs) performed by that magnificent interpreter of Liszt, the Australian pianist and composer Leslie Howard (who will be performing at the 66th. Duszniki Zdroj Piano Festival in Poland this year to my delight). It is the largest recording project ever undertaken by any recording artist (including pop artists). In 2000 he was awarded the Pro Cultura Hungarica Medal and Citation by the Hungarian Government, a rare honour for a non-Hungarian. He had previously received from the Hungarian government the Ferenc Liszt Medal of Honour and he has also been awarded France's Grand Prix du Disque six times for his Liszt recordings. The BBC Music Magazine wrote: "Howard is, by general consensus, the finest living exponent of Liszt. He has a formidable intellectual grasp of the music. His vastly superior performances continue to carry the day".

The finest older recording of the complete Liszt Etudes d'Execution Transcendante to my mind is that by the astounding virtuoso and wildly temperamental Hungarian pianist Gyorgy Cziffra (1921-1994). My recording is on the Angel label monophonic vinyl B-3591-2. Yes I am great aficionado of vinyl recordings and have a great number. There is now a difficult to obtain EMI Classics 'Great Artists of the Century' series CD featuring Cziffra in this same recording.

Of more modern recordings of the etudes, one of the greatest is that of Janina Fialkowska - for me a truly great virtuoso in the old nineteenth centry school of great sensibility allied with fabulous technique. Opening Day Recordings CD ODR 9322

To my mind the most electrifying, possessed and sulphuric performance of the B minor Sonata ever with more than a whiff of Hell-fire is the immortal 1932 performance by Vladimir Horowitz. Mine is another Angel mono vinyl recording GR-2041 (COLH-72). It comes together with Funerailles and various small virtuosic Schumann pieces of which Horowitz was so fond.  Available now on Naxos Historical   CD  8.110606

Of the modern recordings of the B-Minor Sonata, possibly the Krystian Zimerman is the most oustanding. Magnificent in every way. It is coupled with Funerailles and three of the rarely performed, impressionistic and visionary late pieces: Nuages gris, La notte and  La Lugubre gondola II.   Digital Stereo  DGG   CD  431 780-2

I can recommend two recordings of the two Piano Concertos S.124 and S. 125

The first is a quite magnificent remastering of the 1961 recording by Sviatoslav Richter and the London Symphony Orchestra under Kiril Kondrashin. This electrifying performance is driven by demons. The sound is opulent and astounding - stunning - if you have equipment that does full justice to this 1995 remastered reissue of a remarkable interpretation. It is also inexpensive. The concertos are coupled with a towering performance of the B Minor Sonata. Philips Solo CD 446 200-2

The other recording of the concertos is replete with fiery Hungarian sensibility, poetry and the astounding virtuosity of a Lisztian master pianist. A 1971/1972 recording remastered in 1987. Gyorgy Cziffra with the Orchestra de Paris conducted by his son Gyorgy Cziffra Jr. Surely a unique pairing of musician father and son . The interpretation is incredibly cohesive for this very reason. It is coupled with a wild performance of the Totentanz Paraphrase on Dies Irae which made my hair stand up on end as well as the Hungarian Fantasy S. 123.    EMI Classics CD  7243 5 74736 2 0